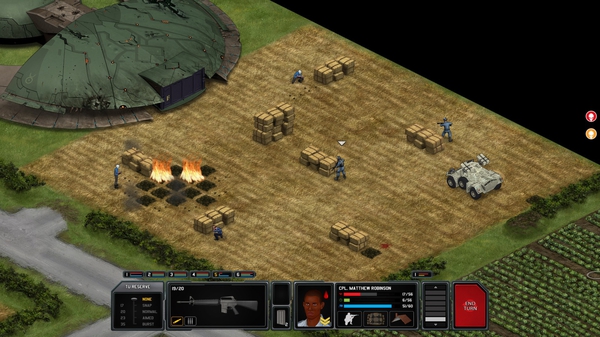 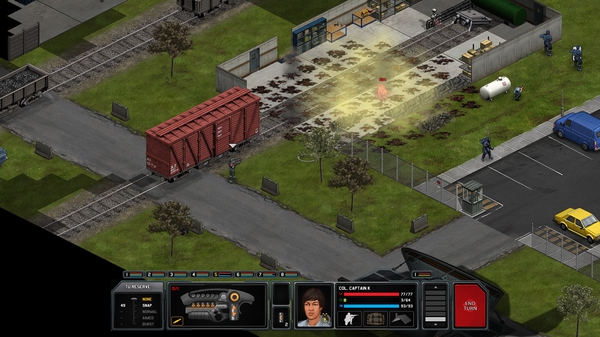 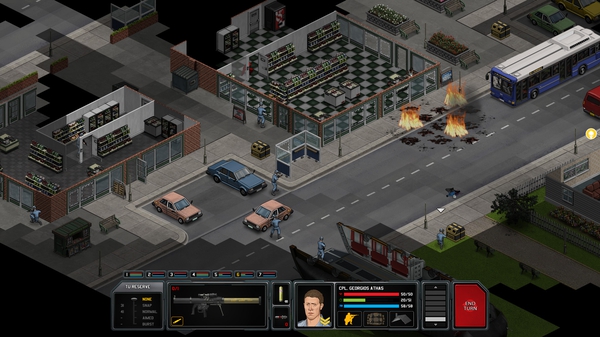 Xenonauts is a strategy game in which you control a multi-national military organisation defending a Cold War-era Earth from alien invasion, using small squads of persistent soldiers to eliminate the extraterrestrials and recover their technology in turn-based ground combat. A detailed strategic layer allows you to co-ordinate the defence of the planet, using your interceptors to shoot down UFOs and researching captured artefacts to learn about your foes and unlock new combat equipment to use on your missions.

Xenonauts is a spiritual successor to the classic X-Com strategy games from the 1990s. We aim to improve the graphics, add new content and streamline the interface whilst still retaining all of the key mechanics of the original games. Devoted fans should love this game, but we´re also keen to introduce the joys of old-school grand strategy to a whole new generation of players who might not otherwise experience it!

Please note that the native Mac / Linux versions of the game are still in beta, however older WINE-wrapped "ports" are available and known to be stable whilst development of the native ports is still ongoing.

- Ground Combat: Xenonauts delivers tense turn-based combat across realistic, varied and fully-destructible battlefields, against almost fifty different variants of enemy. Missions range from capturing crashed UFOs or alien bases to defending cities (or even Xenonaut facilities) against alien attack. You´ll experience the chill of encountering a new alien for the first time and the joys of test-firing a new weapon for the first time. Deeply asymmetric combat keeps the battles interesting - after all, you´re fighting intergalactic invaders with 1970´s ballistic technology!
- Strategic Management: You will also be managing the defence of the planet, dealing with the invading alien UFOs with your customisable interceptors. You need to balance the needs of your funding nations with your own. Your funds are limited - are you going to spend them on battlefield equipment, more scientists, or expanding your coverage of the planet? Your priorities must be balanced carefully if you are to win the war.
- Research Tree: Xenonauts has an extensive research tree with almost a hundred projects to unlock, each with its own unique description and painted artwork. It slowly reveals the intentions and origins of the invaders, while also unlocking new battlefield equipment, aircraft and vehicles for you to use as you harness alien technology and turn it against them.
- Persistent Soldiers: Soldiers in Xenonauts are persistent from mission to mission, improving their stats and gaining ranks with combat experience - but their deaths are always only a single bad move away. You will grow to care about the brave men and women under your command as they slowly grow from green rookies into hardened veterans, but that only makes it more painful when their heroic tale is cruelly cut short by a burst of plasma fire...
- Detailed, Emergent Simulation: Xenonauts contains no scripted missions, just broad rules setting the pace of the invasion. As such, no game plays out the same twice. If you shoot a Scout UFO down over a polar area, you get a Crash Site mission where you can capture a crashed Scout UFO in an Arctic tileset. Commence a battle at night and you´ll be fighting the mission in the darkness with reduced sight range. If your base is attacked, you fight the defence in a perfect replica of your base. A lot of time has gone into weaving the two very different halves of the game together into something that feels both natural and enjoyable.